NEW – Book project „I am nuerban²“ 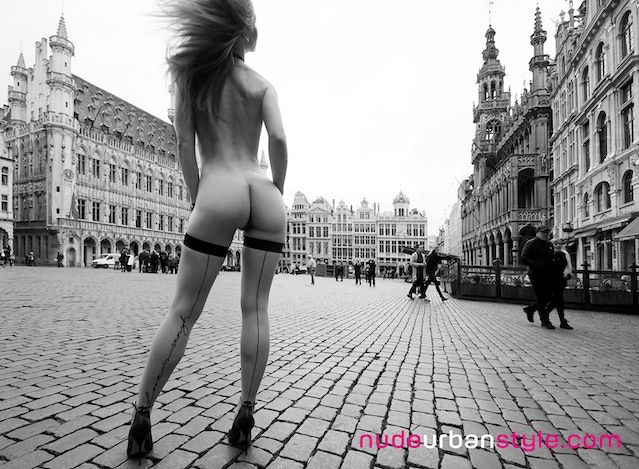 I am so happy, that I can finally announce that the second volume of I am (n)u(e)rban will be published within the next weeks.

After so much responses to continue the project we decided to do new shootings in the metropolis all around the world.

Let me tell you something about the project and my intentions behind. I am sure, there are a lot of long-time supporter and admire which read now my lines, so it’s nothing new for you and I just can say thank you for being there! But I also want to reach new groups to come on board of this peaceful project!

Most important for me to mention is, that all my pictures show real situations, they are never staged or organised and nobody around is involved in the scene. Imagine the following situation:

The catholic cathedral Cologne in April, a well chosen place for one of my shootings … the place where it came to sexualized attacks on women in the last new year’s eve night by Arabic immigrants, which causes a heated social and politic debate about religion and in particular Islam in Germany and far beyond its borders! … but things happened in another way then expected. The picture below isn’t staged. It shows me together with a Muslim girl which accidently was at the place during our shooting. She watched the scenery interested so that I spontaneously but with fast heartbeat decided to ask her about a common photo. And to my astonishment she really agreed to do this picture together with me. Can happen something more wonderful?!?! That is all I dream for – freedom and tolerance without religious and social borders! The picture and her agreement show, sexual violence and oppression isn’t a problem of religion, it’s much rather a problem of manhood and enlightenment! Doesn’t the picture prove it!? 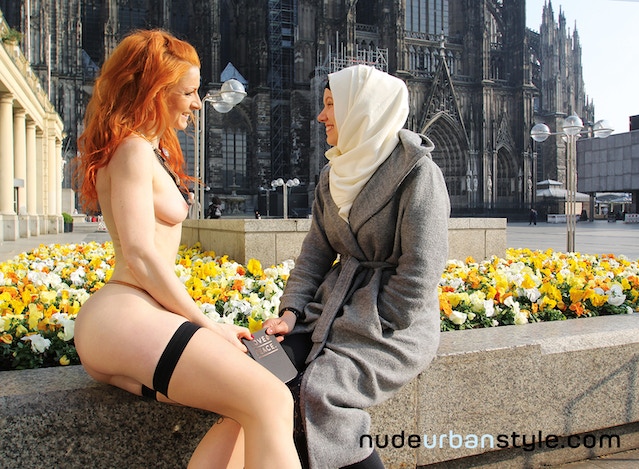 Consciously we have chosen also the places where only weeks before horrible terrorism killed dozens of people and destroyed the life of so much humans like 2016 in Brussels and Nice where we did our photos only some days after the terror attacks.

In nearly every country it’s forbidden to be nude but in many countries of the world it’s still aloud even normal to wear a weapon. This is ridiculous in my eyes!

My nude urban photographs should inspire you to think about clichés and the prescribed “normal” way of life. Our today’s society treats the greatest miracle – the human body – as it is something bad as if you have to shame for it. Parents covers the eyes of their child when they see somebody nude on TV but on the other hand it is the most normal thing on earth that our child can see weapons and violent everywhere. And here we are back at the initial question: What is “normal”?! What means not normal? Am I not normal if I don’t force myself into society constrains no matter if they are against our nature?

These are the chapters of the 2nd part of I am (n)u(e)rban:

In this matter, I am really happy to announce, that we found a local artist who will give the book with his drawings an additional artistic value. The cooperation with JPM brings out my intention to combine exhibitionism with art. His sketches which will be integrated into „I am (n)u(e)rban II“ together with an identical photography. And what can I say … but take a look for yourself!

Here is a preview pic:

Your can enter register by now into the pre-sale list. There you have the chance to express your interest and leave your email address, so that you get the possibility to order before official release, what saves you a guaranteed exemplar.

If you are under 18, or you could feel offended for this,